Who is East Bay for Everyone?

East Bay for everyone is a pervasive network of voices speaking up for housing abundancy and better cities all over the East Bay. We organized YIMBYtown 2017, the world’s Yes In My Back Yard conference which brought nearly 200 organizers to experience Oakland and learn more about housing justice across the country. We’ve also organized for the approval of nearly three thousand homes across the region, received international news coverage, and helped sue Berkeley with a winning outcome for housing all over the state of California. 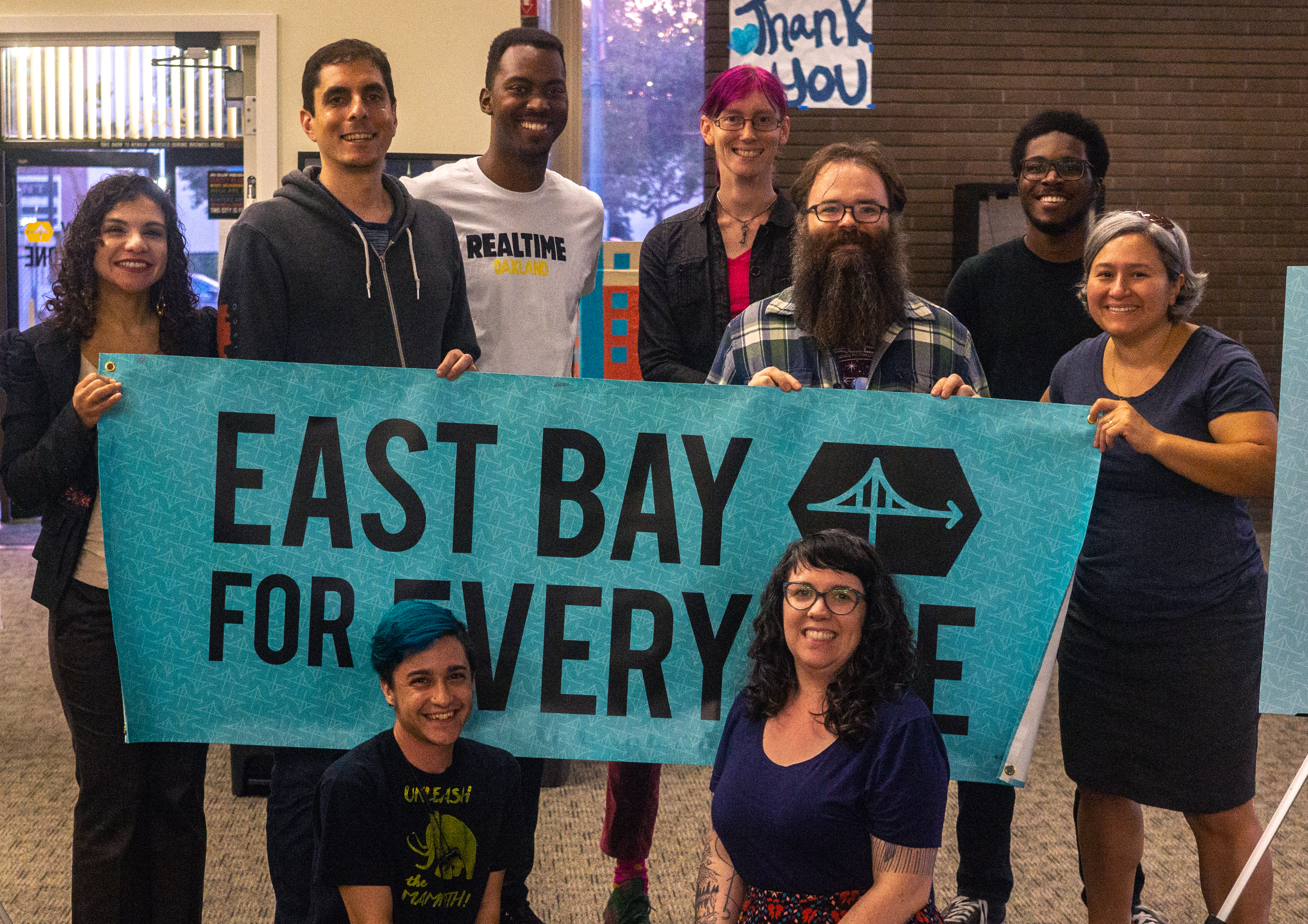 East Bay for Everyone started out small in early 2015 at the Royal Grounds coffee shop in Berkeley unofficially named Berkeley BARF. Topics of discussion were the Harold Way housing development and the proposed landmarking of the view from Campanile Way as a way to block it. With a seemingly endless parade of Harold Way public meetings, and not much else to do, Berkeley BARF succumbed sometime in July 2015. But like a phoenix from the ashes of the dumpster fire of local land-use policies and housing delays, East Bay Forward was reborn in February 2016.

East Bay Forward officially incorporated as a 501c4 in August of 2017 as East Bay for Everyone. Since our meetings in coffee shops and bars, we’ve grown to over 30 organizers, over 600 members, and a vast network of voices speaking up for housing for all and better cities all over the East Bay.