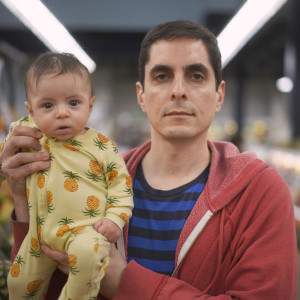 We’re on to the fifth interview in a series highlighting the organizers who make up East Bay for Everyone. Next up is Tomm!

What is your housing story? I lived at home until I moved to the Bay to attend UC Berkeley. At first I lived in the dorms but my family couldn’t afford that so after the first year I had to go back to San Diego and did community college with the hopes of returning. After a year I found out about the student co-ops and was able to come back to finish my studies. I lived in Stebbins co-op and made a lot of friends there. After graduating I lived in apartments in Berkeley and Oakland. Because I went into the private sector rather than grad school I was able to afford my own place (after the housing crash) but a lot of friends weren’t so lucky. One friend got Ellis acted out of her apartment. At least 5 friends left California specifically because of housing costs. I also have many friends who started out in SF and had to move to Oakland.

How did you get involved in housing advocacy? I had a political blog with some friends back in the early days of blogging and I followed a lot of blogs. Matt Yglesias is one of my favorites. I remember him tweeting about what eventually became the MacArthur Mammoth 5-8 years before it happened. When I got on Twitter I started following Sonja Trauss when YIMBY Twitter was basically just her.

The specific incident that got me involved happened right after I bought my house in 2010. I got a flier slipped under my door by neighbors complaining that an abandoned smog check station nearby was going to be turned into a 4-story apartment complex. They wanted us to write our city council member to make it shorter. I wrote them to make it taller. To this day, nothing has changed on that lot.

What led you to join East Bay For Everyone? I did a little advocacy in SF with SFBARF but switched to East Bay For Everyone shortly after it was founded. I started attending at the third or fourth meeting. The MacArthur Mammoth was the first big campaign I was involved with. It was an unusually successful campaign for YIMBYs. YIMBYs outnumbered NIMBYs at most meetings. So it was a resounding success.

On being Italian: I think being Italian contributed to my YIMBYness. Both of my parents grew up in Sicily and we went back to visit family often. The thing about Italy is that most cities are dense and walkable. It makes the towns vibrant. My aunt recently visited America for the first time. She said the tract housing neighborhoods my mom and sister live in seem so dead and lifeless, and I agree.

Growing up in San Diego, I’d hear stories about how Little Italy there had been destroyed by the construction of the 5 freeway. And indeed, I always remember it being dead and car-centric. It’s revitalized in the last decade or so precisely because they’ve built dense housing nearby.

On the Grand Unified Theory of YIMBY: I’m a big believer in the theory that leaded gasoline caused crime to spike in the 70’s and 80’s. Boomers correctly observed that crime per person was higher in cities during that time and incorrectly concluded that density was the problem so they oppose it to this day. Millennials have no memory of a time when crime was bad in cities so urbanism doesn’t have negative associations for them. For them, cities are more interesting and desirable. The modern day urban housing shortage was created precisely by the fact that more people prefer urban life.

On YIMBYism and parenthood: No, I’m not averse to using my four month old as a political prop. My sincere hope is that, by the time my son is making his own housing decisions, YIMBYism won’t even be a thing anymore. Cars are one of the leading cause of death for children so anything I can do to reduce auto-dependence is good. Plus also, the planet is on fire.

No comments to show.